The road to greatness for most actors isn’t a steep incline, but more of a gradual changing of the gears… a journey which starts by taking any and all work available (e.g. Passenger 3) before smoothly transitioning into a series of more carefully selected roles where they can demonstrate all of the emotional range and artistic flair that they’ve spent a lifetime perfecting.

But before there was that Matthew McConaughey, there was this one…. a mediocre romcom specialist whose career more closely resembled that of The Simpsons’ Troy McClure than it did an Academy Award caliber actor – “Hi I’m Matthew McConaughey, you may remember me from such movies as ‘Failure To Launch’ and ‘Ghosts of Girlfriends Past’ “, yeah you’re right we do remember you, but we really wish we didn’t *sigh*

So what happened? How did the guy from all of those (really really) terrible romcoms transform into one of Hollywood’s elite overnight?

Mick Haller (Matthew McConaughey) is a charismatic defense attorney who does business out of his Lincoln Continental sedan. Mick spends most of his time defending petty crooks and other bottom-feeders, so it comes as quite a surprise when he lands the case of a lifetime: defending a Beverly Hills playboy (Ryan Phillippe) who is accused of the attempted murder of a prostitute. However, what Mick initially thinks is an open-and-shut case with a big monetary reward develops into something more sinister.

His willingness to choose the higher fee over the moral high ground when taking on cases should place him firmly in the category of “untrustworthy slimeball”, but on the contrary, he’s actually a very likeable guy. The film does a very good job of introducing him by hitting you with a quick ‘one-two’ combination from the get-go… before you get a chance to dwell on the fact that he’s not the most upstanding legal figure you’ve ever seen, you are given a gateway into his morality through witnessing his relationship with those around him (ex wife, driver, investigator, etc). This guy can’t be that much of a scumbag if this many people like him, right?

And it’s not long before you realise why he’s so popular.

Professional shortcomings aside, Haller is the perfect combination of witty one-liners, gift of the gab and Southern charm. You never know where he’s going to take you next, but you know it’s going to be one hell of a ride.

On the surface this is a fun, exciting, plot-twist filled thriller (the story line’s starting to drag a bit? No problem, add another plot-twist), but below lies a much deeper story about the judiciary system’s treatment of the ‘haves and have nots’.

Ethnic minorities have an innate distrust towards law enforcement and authority figures because we have been failed so many times; forcing many of us to take guilty pleas for crimes that we didn’t commit because we can’t rely on justice prevailing when cases are taken to trial. Those who don’t take pleas risk suffering a similar fate to the late, great Kalief Browder.

Through focusing on the differing experiences of three people within the judiciary system (a prostitute, a Latin-American and a Beverly Hills playboy), The Lincoln Lawyer brilliantly shines a light on a system that is seen as a ‘beacon of hope’ for some and a ‘trapdoor’ for others. 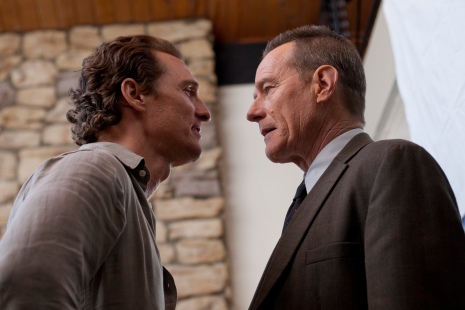 The Lincoln Lawyer is a thriller in every sense of the word, layered, suspenseful and unpredictable. It’s one of those films that exceeds expectations on all fronts because not much is expected from it in the first place…. You don’t expect Matthew McConaughey to be this good, law to be this interesting or an ensemble cast full of that much talent to mesh well together, but everything comes together beautifully in this true hidden gem of modern day cinema.

As Usual Comments Are Encouraged!

Other Films In The Series:

You Should Be Watching… Limitless (2011)