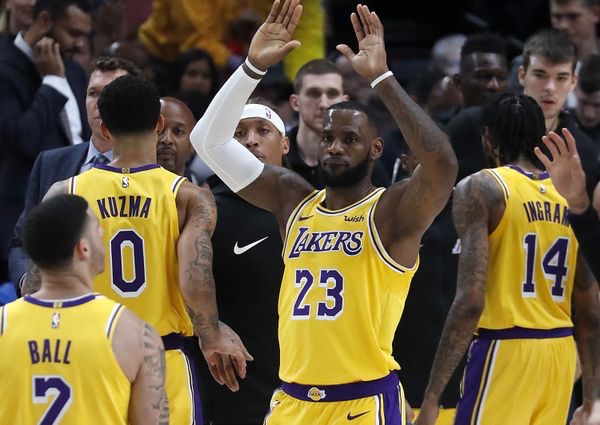 Are you going to say it or should I? You know what, let’s both say it on three. One… Two… Three… “We Are NOT Making The Playoffs”. Feels good doesn’t it, finally allowing yourself to stop clinging onto that false hope and enjoy some of the other fine wonders that the NBA has to offer; Luka Doncic’s rookie season, Dwayne Wade and Dirk Nowitzski’s farewell tour, Joel Embiid on Twitter.

Whilst I’m urging Lakers fans to let go the prospect of a post-season this year (and preserve what’s left of their mental health), this shouldn’t be done without assessing what went wrong.

‘Those who do no learn from the past are doomed to repeat it’, right?

Here are 5 of the biggest reasons why the Playoffs won’t be featuring the Lakers this year: 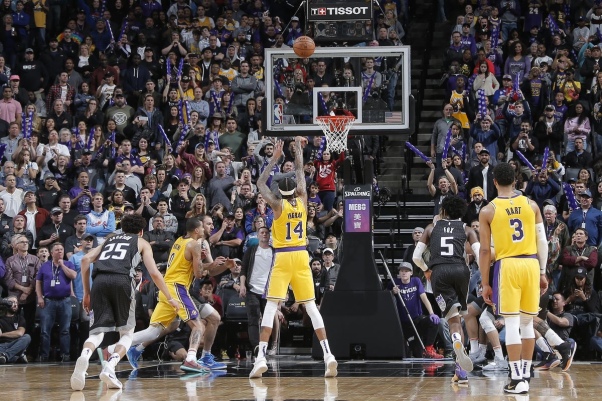 Having accomplished shooters in your ranks isn’t a luxury in the modern NBA, it’s a necessity – a necessity that the Lakers currently don’t posses.

According to the Teamrankings.com the Lakers rank 28th out 30 teams in three-point percentage and 30th (yup, rock bottom) in free throw percentage. Those stats aren’t anywhere near good enough for a team looking to make it to the playoffs, let alone make it passed the first round, and what makes it worse is that anyone could have seen this coming…

In the off-season the Lakers made some very questionable additions to their roster (e.g. Michael Beasley) but what was more questionable were the players that they didn’t add *cough* SHOOTERS. Alright, Rajon Rondo, high basketball IQ, Championship winning pedigree, good move. But where’s the shooter? Javalle McGee, a seven-footer and a solid rotation player, good move, but where’s the shooter? LeBron James, possibly the greatest player of all time, but where’s the… you know what, forget about it.

Should the players be shooting better than they are now? Without a doubt. But it’s one thing telling the current players to improve their shooting and it’s another thing to actually go out an recruit players who specialise in this department. It’s like asking Draymond Green to put up 30 a night… maybe that was a bit too far but you get the point.

Teams aren’t afraid to make contact with the Lakers players because they know they’ll crumble at the free throw line, it’s like “hack-a-Shaq” but with the whole team… and no Shaq.

▪Disharmony in the locker room 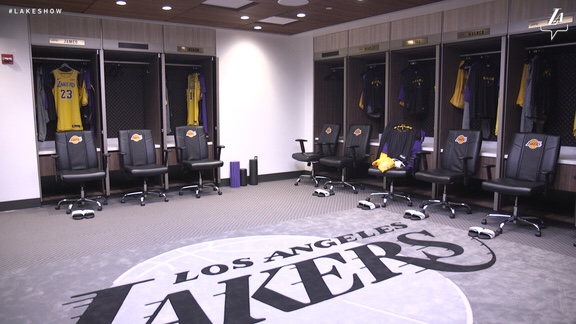 Luke Walton was probably the perfect coach for the Lakers given his 9 year playing affiliation with the franchise and experience with as the Golden State Warriors’ assistant coach from 2014-2016. However the emphasis here is on the word “was”. When Walton first took on the job he was in position to start a dynasty with the Lakers and a group of precocious young talents in which he could imprint his playing philosophy on to (Brandon Ingram, Kyle Kuzma, Lonzo Ball), much like Greg Popovic at the San Antonio Spurs (with Tony Parker, Tim Duncan, Manu Ginóbili), but all of that changed last summer…

In the off-season the Lakers went out and acquired LeBron James and Rajon Rondo, which in theory should have meant having two very experienced players who would help guide the development of the young players, but in reality it actually meant having two players on the roster who probably think that they know more about how the team should be run than the head coach.

To put things into perspective Luke Walton was in the same draft class as LeBron James, meaning that LeBron probably sees him as a peer more than a coach. It’s sort of like when someone you used to work with gets promoted and tries to tell you what to do (you probably wouldn’t respond positively either).

This dynamic of experienced veterans and a young coach has been one of the major factors in causing a fragmented dressing room and moreover poor results on the court.

If the lack of a clear hierarchy wasn’t enough to destabilise the locker room, let’s throw in your best player telling everyone on the roster that they’re that they’re dispensable. Right before the trade deadline reporters asked Lebron if he wanted to play with Anthony Davis at the Lakers and his response was “Duh”, and to be honest that was probably the right response, I mean who wouldn’t want to play with one of the best Centers in the league, the issue is that he responded without regard to the emotional fragility of his young teammates. Rather than reiterate how happy he is with the current players on the roster, he took the first opportunity to let them know that they were all dispensable.

The relationship between the players just hasn’t been the same since those trade rumours and it shows when on the court. 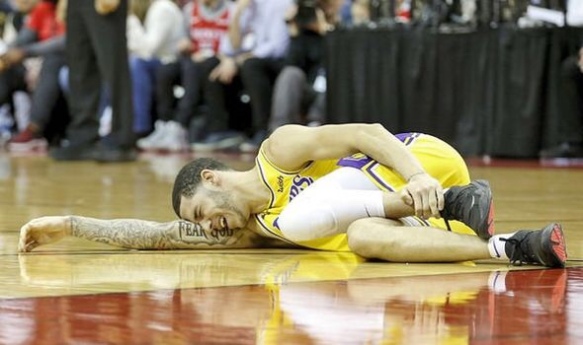 Lonzo Ball may have his critics on the offensive end but he plays defence better than anyone else on the team. The California native stands at 6”6 with a 6”9 wingspan, and uses every inch of it to lock down opposition guards. In his absence the Lakers have looked a lot less committed to their defensive duties (with LeBron James being singled out in particular).

Lonzo has missed the Lakers’ last 16 games since he suffered a Grade 3 ankle sprain against the Houston Rockets in mid-January. Since then the Lakers have gone 5-11 and slipped to under .500 in the overall standings. The numbers don’t lie.

He is set to come back before the end of the season but the damage that has already been done looks to be irreparable.

▪Lack Of A Center

Historically the role of the “Lakers’ Big” is one which has been reserved for players of Hall of Fame caliber (Kareem Abdul Jabbar, Wilt Chamberlain, Shaquille O’Neal, etc), but this hasn’t been the case for quite sometime now and the Lakers are really suffering for it.

The current holder of the mantle of Lakers’ Center is Javale McGee and he’s exceeded expectations since his move from the Golden State Warriors in the summer. Even though McGee has been one of the bright sparks in a very disappointing season, his body just isn’t built to play this many minutes. He’s spent his career up until this point as a rotation player, but at the Lakers he’s being asked to be a starter night in night out, contributing to injury and fatigue.

Whilst McGee’s rotation partner at the Center, Tyson Chandler, is 36 years old and has a lot of mileage on his legs, he just can’t do what he used to do.

This shouldn’t be seen as an indictment on either player, but more so on the Lakers recruitment. These problems at Center were compounded by the decision to trade Ivica Zubac – a player who was getting better with every game – to the Los Angeles Clippers, to get Michael Beasley off of the payroll and bring in Mike Muscala.

The personnel the Lakers have in their roster is a lot more suited to “small-ball” and Kyle Kuzma even went as far as to call their small ball unit of Rajon Rondo, Kyle Kuzma, Lonzo Ball, Brandon Ingram and LeBron James, “the death lineup”. In actuality this translates as a lack of perimeter defending and LeBron James becoming a magnet for contact at the rim in the offensive end. Not nearly as good as Kuzma made it sound to be honest.

The final reason why the Lakers won’t make the playoffs requires the least elaboration, we’re just not good enough to beat the teams we’ve got left to play. 12 of the Lakers’ remaining 19 games are against teams who are over 500. and have something to play for (high seeding, playoff places, etc). The Lakers blew their shot at picking up W’s against tanking teams (Phoenix Suns, Cleveland Cavaliers and the New York Knicks) and now they’re in a position where they have to beat teams that they would’ve otherwise been given a pass for losing against.

Whilst the Lakers have a daunting schedule ahead of them, the other teams battling for playoff rivals don’t.

The Sacramento Kings have 20 games left and play the Knicks twice, Mavericks twice, Wizards, Bulls, Suns, Pelicans, and Cavaliers – All teams with nothing to play for outside of the draft lottery. Whilst the Spurs haven’t missed the playoffs for 21 straight seasons…