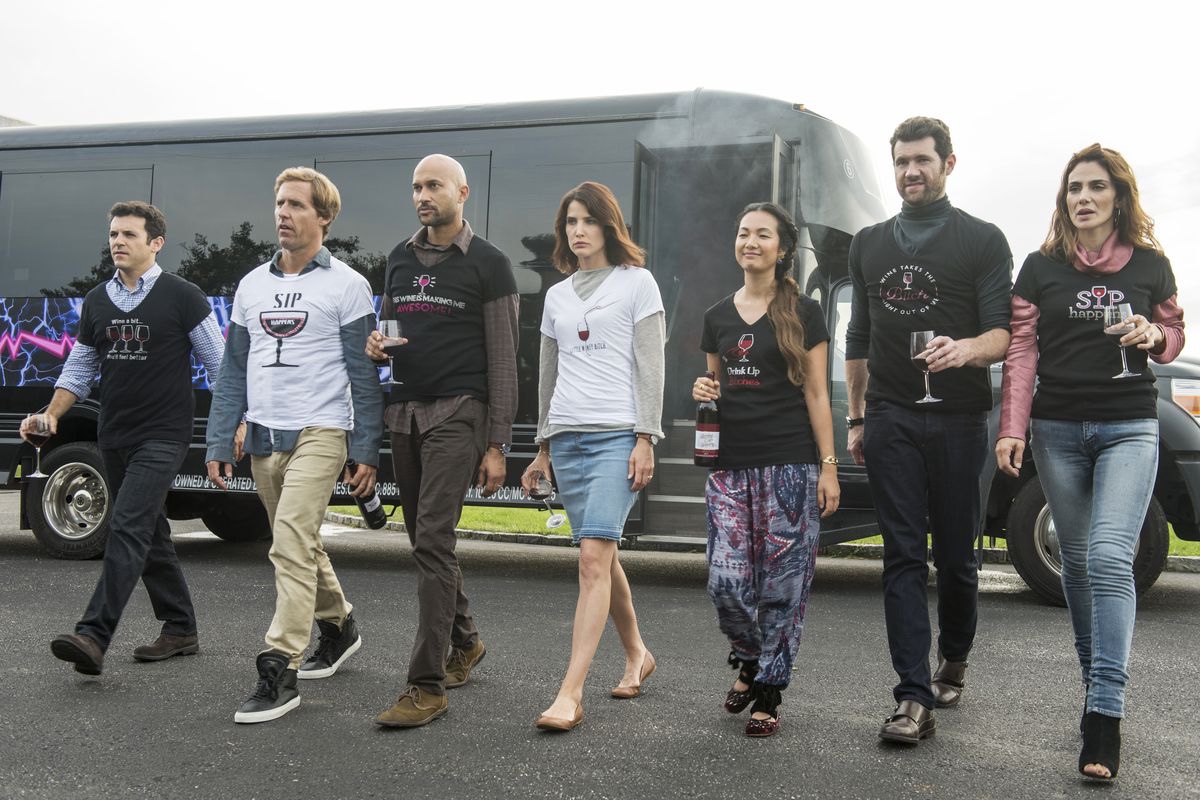 I had been planning to write this post for the last week after binge watching the first two seasons of “Friends From College” and today I finally got around to it.

You’ll find that when you binge watch shows the amount of information you retain (e.g. character names) is minimal at best, so I jumped on Google to refresh my memory on some of the more important details so that you would all walk away from your screens more informed than when you clicked on (you’re welcome guys), only to find that it had officially been cancelled… and it’s not surprising.

I first found out about “Friends From College” when I was playing a game called “Heads Up” with my friends, and it popped up on the screen; it’s not often I come across a show I’d never heard of so I looked it up and thought “worth a watch”.

Friends From College follows the lives of six Harvard alumni in their 40’s, who are trying to maintain their friendship despite having gone on to pursue different careers and relationships.

The show opens with two of the main protagonists Ethan (Keegan-Michael Key) and Sam (Annie Parisse) laying in a bed together, but it isn’t long before they reveal that they are actually in a 20 year deep affair that started during their college days and it just kept going…

Unfortunately, their very “functional” affair must come to an end as Ethan and his wife Lisa (Cobie Smulders), who is also a ‘friend from college’, have decided to move back to New York to try to jumpstart their stagnating careers as a novelist and a lawyer. In moving closer to their friends, they’ll also be moving closer to Lisa, meaning that Ethan would be running a very high (and stupid) risk of getting caught if he and her to continue to sleep around, they do it anyway.

Their friendship group consists of; Max (Fred Savage) who is Ethan’s literary agent, hippie Marianne (Jae Suh Park) who hosts Ethan and Lisa whilst they search for their own place and Nick (Nat Faxon), their wealthy, party-all-the-time, bachelor friend.

Oh yeah, and Ethan and Lisa are trying for a baby through IVF treatment (I nearly left that part out)

“Friends From College” ropes you in by delivering on two promises, familiarity and convenience. It’s on Netflix, the episodes are only 30 minutes long and you recognise a lot of the faces from shows you actually enjoyed (Cobie Smulders, Keegan-Michael Key, Kate McKinnon, Seth Rogen, etc). The problem is once they’ve got your attention, you’re left waiting for the good bit to come and it just never does…. I remember watching the first episode and thinking “this is pretty bad” but I gave them a pass because it was the “pilot” and teething problems are normal in the early episodes of most series.

The most enduring quote of the whole show is in an exchange between Sam and Ethan when they are caught having sex in a car by a police officer and turn to each other and say, “We are horrible people”.

I think that’s the fundamental failing of the whole show, forced jokes aside, you just can’t get passed the fact that you actually don’t like any of these people. You can’t root for their relationships to succeed because that would mean there were no consequences for their infidelity; you can’t root for the IVF treatment to be successful because that would mean that Lisa would have to raise her child as single mother, fathered by a cheating husband; and if that wasn’t bad enough Lisa goes on to cheat on Ethan with their other friend Nick and that was BEFORE she even knew that she was being cheated on so you can’t even give her a pass for doing it out of spite.

Somehow the creators of this show managed to bring together one of the most talented ensemble casts you’re likely to ever see on TV and create characters with virtually no redeeming qualities *insert sarcastic clap here*.

Marianne, played by Jae Suh Park, is the shows only saving grace. She’s similar to Phoebe from “Friends” or Lily from “How I Met Your Mother”, she’s wacky, ‘not all there in the head’ and possesses amazing comedic timing. It’s a shame that her scene stealing moments are few and far between, because she almost makes the show bearable.

I’ve got to think that the only reason the creators made such flawed characters is because they thought it would make them more relatable. I’m sorry to break it to you, if you can relate to any of these characters on a moral level, you too are a horrible person.

You’re probably wondering why I watched the second season, if the first one was so bad? I’ll put it like this, “Friends From College” is like a bad rash that doesn’t really go away but just gets less itchy as time goes on until the point where you can’t be bothered to go to the doctor’s and get it checked out. You’re stuck with it.

I think that the most annoying part of all of this is that the show started to pick up in the second season. There was a lot of good character development and some more substance to the story than just people sleeping around and betraying the sacred bond of college friendship; they even managed to muster up a good cliff hanger at the end of the season which would’ve been enough to make me watch on, but alas it wasn’t meant to be.

At the end of the day a show is only as good as its writers, not its cast.

One thought on “Friends From College: My Binge Watching Experience”