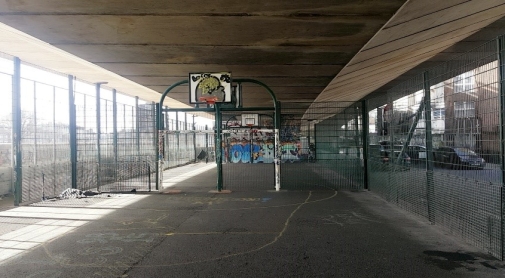 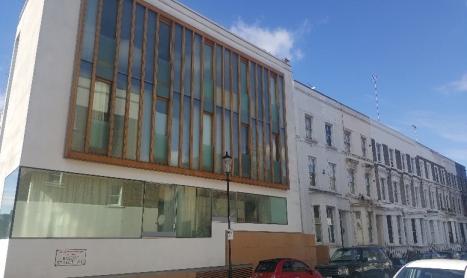 The identity of West London has always been its seamless blend of affluence and adversity. Nowhere else in the city will you find council estates across the road from £1 million homes, or cultural landmarks standing side-by-side with graffiti covered football cages. If it wasn’t for this balance of ‘ying and yang’, West London would not be West London.

In recent years, this balance has become more and more difficult to maintain.

Notting Hill was once seen as one of West London’s most run-down areas, due to its high crime rates and poorly constructed housing. However, this made it an affordable area for the influx of Caribbean citizens in the UK during the 1950’s, who wasted no time in expressing their culture on their surrounding area – exemplified best by the Notting Hill Carnival which attracts around a million people every year. Today, after decades of investment by businessmen and property developers. Notting Hill stands as one of the capital’s most prosperous areas.

With the completion of every redevelopment or new expansion, it becomes harder to remember the original run-down image of this multicultural landscape. Those who need conformation of this need look no further than the streets of Queensway, which had a £1 billion investment proposal approved by Westminster Council in 2015.

Whiteleys first opened its doors in 1912 and has played a vital role in providing employment and leisure to those in the area.

The historic building will have its interior stripped and replaced with a new retail attraction, complete with a state-of-the-art cinema, bowling alley, hotel and two accompanying 10-storey housing blocks.

Whilst investors are salivating at the very thought of bringing Covent Garden to West London, those living in the area are strongly opposed to the idea. So much so, that in the last two years ten separate petitions (amassing over 12,000 signatures) have been launched by residents to halt this gentrification.

When you look up the word “Gentrification” in the Oxford Dictionary you’ll see this definition – a process of renovation and revival of deteriorated urban neighbourhoods.

This already raises an issue. Council estates do not need ‘revival’ because they are not dead, in fact they are the embodiment of London life! You can feel a pulse everywhere, from the cultural diversity in the communities to the breath-taking graffiti art on the walls.

The notion of people fighting against improvements in their area may be confusing to some, but when you hear the titles of some of the petitions, the reason behind their opposition becomes a lot clearer…. “Whiteleys redevelopment must include affordable homes”, “Restrict the height of Whiteleys development to stop light being blocked off in council homes” or “Make Westminster Council pledge not to knock down Hallfield council estate”.

When you see petitions like these, you get an overwhelming sense that council estate residents are in fear of being pushed out of their areas.

Neil Johnson, CEO of Paddington Development Trust, one of West London’s leading social enterprise groups, says: “The ongoing gentrification is inevitable to a degree bearing in mind the disgraceful property situation in London.  A greater concern is the movement of local people out of these neighbourhoods due to reductions in housing benefits and heartless increases in rent as a response to London’s over-priced rental market. “

“Queensway still has high levels of social housing and we do not really know how this regeneration is going to pan out for people who live there over the coming years.”

The purpose of social housing – such as council estates – is primarily to house those in most dire need of accommodation or struggling with the costs of housing.  For many of the people living in these estates, the demolition of their homes to make way for expensive, luxury apartments are a lose-lose situation. The new Whiteleys’ builds will either be; built on top of their current houses, too expensive for them to afford or even in the unlikely event that they are able to keep their homes, their access to sunlight will be replaced with the shadows of the new structures.

The surge of foreign investment into the housing market has not gone unnoticed by those at the very top. Mayor of London, Sadiq Khan has launched a large scale inquiry into what he calls “worryingly high housing costs in the capital and uncontrollable gentrification”.

In the statement he says that “London is in the midst of a crisis of identity. Many urban areas are being purchased by overseas millionaires who then build luxury flats, which are remain unused most of the year”.

Westminster North MP, Karen Buck, backed the resident’s opposition against Queensway being turned into a village of boutiques and luxury apartments by writing a letter to former Mayor of London Boris Johnson in 2016.

She said: “I am very disappointed at Westminster Council for approving this redevelopment, the offer the consortium have put forward for affordable housing is terrible.”

According to figures released in the Westminster Housing Report, 37% of the tenants living in Hallfield Estate are on either income support or housing benefits.

Similarly to those living in Westminster, residents of Kensington and Chelsea are also victims of the relentless desire and push to transform their surroundings into a fortified playground for eccentric hipsters and the rich and famous. Whilst the onslaught of wrecking balls is a distant fear for residents of Hallfield estate, it is a very near reality for those living in Ladbroke Grove.

Treverton Estate in Ladbroke Grove was built from 1963 and 1968. It was primarily used as housing for nurses in nearby St Charles hospital, but has since become one of the standout examples of cultural diversity and urban culture in the Ladbroke Grove area. Treverton Estate was heavily featured in Noel Clarke’s Box Office topping movie “Brotherhood” and is also the neighbourhood of rising rapper AJ Tracey.

Kensington and Chelsea Council plan to tear down the Estate as part of a massive regeneration scheme, with work set to begin as soon as February 2018.

The 21-year-old says: “I’ve lived in this estate my whole life, I went to school around the corner, I played football in these parks and hide and seek in these very blocks. I always thought that one day I would be able to bring my kids back to where it all started and show them how I grew up, but that’s not going to happen anymore.”

At the beginning of our sit down it seems that Dan has come to terms with the end of his time in Treverton Estate. As the conversation progresses it becomes clear that he does not have much love left for the people who approved this decision.

“We live so close to central London and even closer to the biggest shopping centre in Europe [Westfield], sometimes I feel like the wealthy [people] resent the fact that us poor people [he says ironically] live here. They are trying to shun us and force us to leave our homes.”

“Kensington and Chelsea council promised us that they would take the opinions of the residents into account before any decision was made, but it’s clear that they only listened to the rich ones”

This refers to the 2014 Action Report by Kensington and Chelsea council which stated that ‘any plans for regeneration will only go ahead when a suitable option which appeals to residents is found’.

Finally, I asked if he believed that the council would keep their promise of rehousing all of the residents in the area, expecting that he would say yes (not because he actually believed it, but more so out of convention). What he ended up saying was a perfect, yet unfortunate summing up of the actual impact of gentrification on West London. It’s not an issue about real estate, but an issue about real people.

”Honestly, no. I don’t think that they’ll rehouse us. Because the council have shown us time and time again that they don’t care about us. When we look at these concrete jungles we see ‘home’, but when they [Kensington and Chelsea council] look they see is an eyesore.