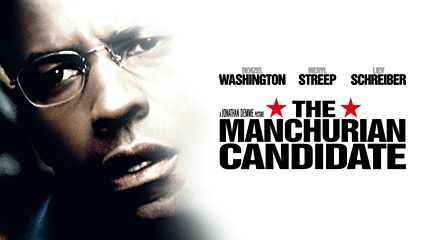 If you’re expecting to watch a Denzel Washington film with his usual calm, confidence and quick-wit, this is not that film. The Manchurian Candidate is an unsettling watch from start to finish and you never really find your feet during its 130 minute running time; matter a fact you get more uncomfortable as the film goes on. The palpable suffocating tension throughout the film isn’t helped by Meryl Streep’s show-stealing performance as a cold-hearted U.S. senator.

Plot: Denzel plays Ben Marco, a veteran Commander from the gulf war who keeps having the same very vivid dream about being held hostage and brainwashed during his time on the frontline. Initially he tries to downplay, thinking it’s probably PTSD (post-traumatic stress disorder) but when he receives a phone call from one of the former soldiers in his unit who says he’s been having the same dreams, he agrees to meet him.

The soldier shows him drawings of the dreams, which show the exact same things Commander Marco has been seeing in his dreams he begins to question whether what he’s been seeing is a ‘dream’ or  a ‘memory’.

Without giving too much away, Marco (Denzel Washington) tries to uncover the reason behind why he was brainwashed and who was responsible for it. As he digs deeper he finds that the situation is much bigger than just him and the ex-soldiers in his unit, but it goes all the way to the White House and everyone who can help him is involved!

After watching the film you probably won’t look at politics or war the same way again. You’ll probably even start watching loads of those weird YouTube conspiracy theory videos…. and that’s probably you’re supposed to do. Denzel Washington chooses his films and roles very carefully. Just like his characters in ‘Training Day (2001)’ and ‘Man On Fire (2004)’ there’s always more than meets the eye.

This film is actually a remake of the 1962 classic of the same name, which I admittedly haven’t seen. I think those who are watching this film blind without having seen the original will enjoy it more, because they won’t be stuck in the trap of making a direct comparison between the two – with that being said it definitely holds its weight as a ‘stand-alone’ film. 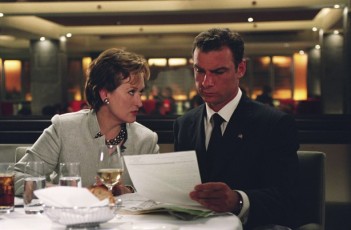 2 thoughts on “You Should Be Watching… The Manchurian Candidate (2004)”