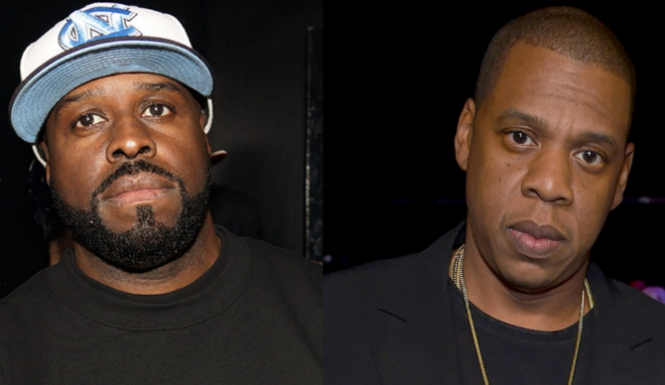 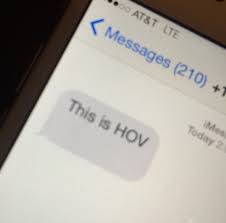 Hov is no stranger to beef in the hip hop game- previously beefing with Cam’ron (of Dipset), Mobb Deep, Lil Wayne, most recently Drake and most infamously Nas! But this time, it’s DIFFERENT. In recent weeks Iconic Hot 97 Radio DJ Funkmaster Flex made the unprecedented move of dropping his signature bombs on Jay… again….. and again…. and again! Accusing Jay of using his app as the basis for his Samsung app/website and disrespecting him by texting him in the capital letters. Although not actually saying his name, Flex dropped ‘subtle’ hints that his bombs were aimed at Hov (referencing the Samsung App, Jay Z’s Life and Times website and his 40/40 Clubs).

This comes as a big surprise after Jay’s affiliation with the radio station, shouting them out on DOA and even blessing them with a freestyle on his return from his short-lived retirement, but according to Flex, “Hot 97 don’t need YOU (Jay Z) no more! *cue bomb effect*”

Flex put Jay on blast by claiming that Jay Z forbid him from playing Dipset tracks at his 40/40 Clubs during his set. He looked the other way on that occasion but clearly hasn’t forgotten, and now Flex’s involvement in the Dipset reunion has given him reason to let the cat out of the bag. Jay Z’s former Roc-A-Fella Records partner Dame Dash weighed in on the beef and admittedly stated that he couldn’t help but be bias after his acrimonious falling out with Jay and his long-term friendship with Dipset, calling Jay’s actions ‘corny’ and saying ‘he has to respond!’.

This Is Where It Gets REAL. Those of you waiting on Jay to come back with one of his quick-witted disses shouldn’t hold your breath if Flex has his way. Funkmaster Flex has called Jay’s subliminal game “nice” but warned that if he even hears a whisper of a diss in any of Hov’s verses he will get at him “EVERY NIGHT”. As much as we’d love to hear Jay respond to Flex with a new track on a nightly basis, it’s not very likely, in fact it’s unlikely that Jay will even respond… The Game has been trying to get him to bite for a decade with disses but apart from the rare name drop Jay hasn’t given him anything other than a cold shoulder and airtime. Added to the fact that Jay only drops a verse every three months according to Flex (and who could disagree) it’s unlikely he’ll waste it responding to a beef that doesn’t warrant it.

Hot 97’s falling ratings in recent times as a result of rivals Breakfast Club Power 105.1, only makes them a more dangerous opponent for Hov. As he should have learnt from his beef with Nas, an enemy to with nothing at stake has everything to gain! Flex’s relationship with Jay’s former label mates Dipset (and Cam’ron) and their relationship with Dame Dash means that shots fired at his website may not be the only thing Hov will have to worry about in the coming weeks.

But Who Wins? In my opinion HOV…. I mean hov… sorry Flex.

By not responding Jay is not doing anything out of the ordinary, ducking beefs that don’t threaten him is a quality most perceive as ‘cool’ and ‘calculated’ rather than ‘cowardly’ and if he does respond (which he won’t), it will probably be so cold that Flex would have to dig up some serious dirt on Jay to have anything close to a credible response.

To add insult to injury, Jay may be about to make the ultimate power play; days after Flex went in on Jay Z, reports surfaced of Jay and a conglomerate looking to buy Hot 97 http://www.billboard.com/articles/columns/the-juice/6443694/is-jay-z-buying-hot-97. This means one of two things:

Their careers have taken a similar trajectory, both from New York, both starting off in the late 80’s, getting hot in the 90’s and by all accounts staying there in the present day. This makes their falling out even more unfortunate, but also that much more interesting! Flex said that he is done with the roasting, but with the upcoming Dipset reunion and Flex’s affiliation with the movement, we can almost guarantee that this is just the beginning!

Who do you think wins? Comments are encouraged!